6 Ways Of Dealing With No Cash - Wealth Management in VT

The worst thing that can ever happen in your business is to run out of cash.  Without cash you can’t play the game anymore.  Your suppliers won’t ship, your employees will quit and your competitors will circle like the vultures they are.

You won’t sleep and your life will become miserable.  Unfortunately, there are times in your business life where you’re going to be short on cash.  It seems to be part of the deal.

Have an early warning system.

Cash shortages don’t have to mean the end of your business.  In fact, if you have good systems in your company you’ll see that you’re going to have a cash shortage well before it actually happens.

Unfortunately, this wasn’t what happened to me.  When I was in my first business I ran out of cash because I had no idea that my cash was disappearing.  I was making a lot of money, or at least my profit and loss statement said so.  The only problem was I ran out of cash.  And for me, it was almost too late.

KPI’s need to be forward predictors.

You see all of the numbers I reviewed looked backwards.  None of them told me what was going to happen in the future.  Had I had key performance indicators that told me I was burning cash faster than I was creating it I could have done something well before my cash crunch hit.

Make sure your numbers help you see the future, not the past.

Always be honest with your suppliers.

When you’re having a hard time paying your bills don’t hide from your suppliers.  Don’t tell them the check is in the mail knowing there is no way you can pay them for a few weeks.

When you lie to your suppliers you destroy trust.  Once trust is destroyed your suppliers won’t give you more time, they’ll put you on COD.  Lying to a supplier is the third worst person you can be less than truthful with.  (You are the first.)

This includes your bankers.

You might have guessed it.  Your banker is the second worse person you can lie to.  If you think you’re not going to be able to make your loan payments you MUST call your banker.  You don’t want to ever miss a payment and then wait for your banker to call.

Bankers are a paranoid bunch.  After all, it makes sense.  They’ve given you cash and you’ve probably spent it.  They can’t come and get their money back.  At its core, your relationship with your banker is based on trust.  Lying to your banker will do you no good.

There is no such thing as a fixed expense.

If things get really bad you have to think like a turn around expert.  Turn around people don’t believe there is anything as a fixed expense.  They will re-negotiate with anyone and everyone.

Good turn around people never lie.  They tell the truth.  This includes telling bankers and suppliers what will happen if they don’t restructure debt.  This brutal honesty is what often saves the day.  No one likes taking a haircut.  At the same time, getting 50 cents is often better than getting nothing.

If you have to restructure be honest and upfront.  Someday you’ll be forgiven.

Did I tell you to be honest?

When you’re having financial troubles it’s no time to make up stories.  Your suppliers have had bad debts before.  They’re going to see through your stories.  Instead of working with you they’ll just get mad at you.

You don’t want to ever have suppliers and bankers made at you when you can’t pay.  That’s how you get put out of business. 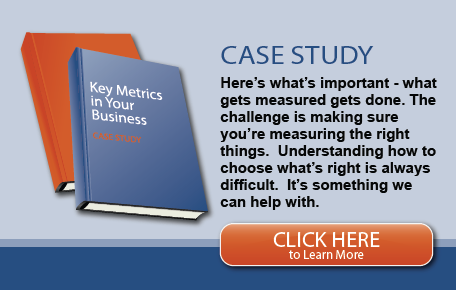