Creating A Shareholders Agreement That Works

I’m often asked to help business owners add another owner to the mix in their company.  Sometimes this person has worked in the company for years and sometimes it’s someone from the outside they want to add to the ownership group.  In either case having a shareholders agreement with an exit clause is a crucial part of the transaction.

You never really know who you’re getting.

You’re about to bring a new person into ownership in your company.  I bet you’re really excited.  You don’t want to throw water on the party by talking about things that might get in the way of success.  After all, you’ve spent lots of time and know this is the right choice.

I wish it was that easy.  I have to tell you about 50% of the time I seem to have to help new owners disengage.  For some reason, my clients have either not really seen what they were getting or the new people changed after they got their new role.  In either case, I can tell you that they were glad they had an exit clause.

If you make a mistake you want to easily disengage.

If you have to end the relationship you have with a new shareholder, you’ll be glad you have a simple system to disengage.  I believe you’re the one who’s taking a big risk by bringing a new person onboard.  After all, you’ve spent years building your business.  You want to make sure it stays the way you want.

At the same time, your new partner will also want to have the opportunity to easily leave if it doesn’t work out for them.  If you get real pushback about this, you might want to think twice about your new partner.

This is a pre-nup for business owners.

Very simply you’re setting the rules of the game before you have problems.  Just like marriages, too many partnerships end up not working out very well.

Before you have problems you’re going to want to know what the rules are.  If you wait till you’re in the middle of a disagreement, it’ll be too late.

How you do it.

I usually want there to be about a two-year period where all parties are looking to see if they want to make the partnership permanent.  If you don’t know after two years, then you probably should think about breaking up your arrangement.  At the same time you want enough time to see if little things become big things.

It’s really pretty simple.  I find that making an agreement complicated just muddies the water.  Believe me, if you need to use it, you’ll be glad you didn’t go overboard with a complicated agreement. 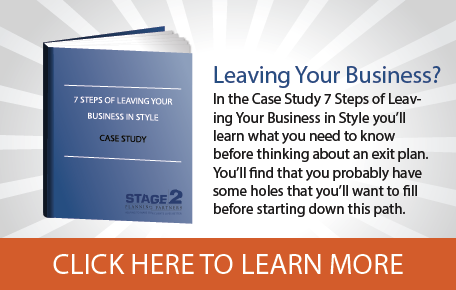