Stop Telling Me What I Want To Hear

I’m going to bet that you’ve said the above statement at least a zillion times. I’m also going to bet that all of the times you said it, your employees, advisors and suppliers still tell you what you want to hear.

They’re just too scared to tell you what you need to hear.  Even if you think this isn’t true, you would be wrong…..no one tells you the truth.

Understand why people don’t tell you the truth.

This is where I needed to start and I bet it’s where you need to start as well. You might even think that your people do tell you the truth. To a point, you might be right. At the same time when things get tough, you can be sure that those you count on for advice will just try to tell you what you want to hear.

Here are some reasons people don’t tell you the truth:

All of this comes down to I can’t really tell you the truth because if I do, I’ll lose something valuable.

OK, you might not have fired someone, but I bet you gave them a really hard time when they told you something you didn’t want to hear. I also think that when you heard what you wanted, you just accepted it at face value and moved on.

Even though you don’t think you’re yelling, those you work with think you are.

I remember when my kids were really young they used to tell me to stop yelling at them. My voice wasn’t raised and in my world there was no way I was yelling.

I finally learned that it doesn’t matter what I think. It only matters what others think. If someone thinks you’re yelling at them, then you are. One of my favorite sayings is, “The meaning of your communication is the way it’s received.”

You just have to understand that how your communications are received is what counts. I’d be willing to bet that you think you’re way more open to critical comments than your demeanor says to others.

Why you need to hear the truth.

The sad part about having a communication style that’s direct is others aren’t willing to tell you what they really think. They just don’t want to get into an argument, or what they think is an argument.

If you want others to talk with you in a way that’s useful so you can learn what’s really going on in your company you’re going to have to learn to probe without being aggressive. For most business owners I know this is a really hard thing to do.

I can promise you that too many times I probe and don’t ask with real curiosity. How about you, are you curious or are you looking to make others wrong? Make sure you’re honest with yourself about this.

Here are some things I would love to see you do.

Let’s face it, telling you the truth is hard.

The key here is that it’s just hard for others to tell you the truth. That’s the first step in opening up communication channels with those you work with.

There are times where you just don’t want to have a conversation. When you do this, others will think you don’t care.

There are times where you think the conversation is really dumb. Instead of saying it’s dumb ask questions so those you work with can figure it out themselves.

There are times others ideas are wrong. You have to remember that in your business there’s a very good chance you know much more about the topic than the person you’re talking with. This doesn’t mean they don’t have good ideas; it just means you know more about the topic. Share what you know in a humane way and you’ll find that others will open up with you.

Why don’t you write in the comments other things that keep others from communicating with you honestly? I think there just might be some gems that appear.  Let me know what you think by clicking here. 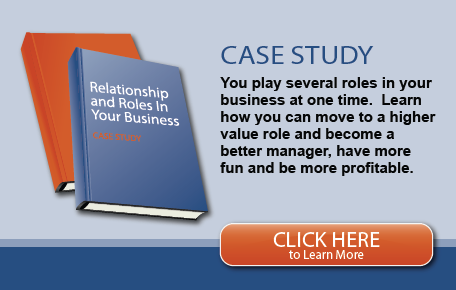