The Hardest Part About Saying No

Saying no is an art.  If done well when you say no to someone they’ll thank you.  And, that’s what your goal is…..or at least I hope it is.

Areas I was better at saying no.

I have a problem with saying no in one tough situation.  It’s called engagement creep.  I’ll agree to do a job for someone and before long the scope of what I’ve agreed to do has become larger.

Instead of stopping and having a conversation about what our agreement is I just do the extra work.  Before long I start to resent the amount of extra work that I’m doing and not getting paid for.

This is not my clients fault,  it’s mine.  I could have had a conversation when the engagement started to expand.  Instead I thought I would do just this one thing.  Before long the one became two things and I got resentful.  Has this ever happened to you?

Be clear with what you want.

My problem is that I’m often not clear about what I will or won’t do.  At some level I find it a compliment if you ask me to do more work for you.  I need to remember whether we’ve agreed that this work is part of our scope of service.

Make sure you listen.

When you do have a problem and think you might have to say no make sure you listen carefully to what’s being asked.  You should always ask clarifying questions about what the person you’re working with wants.  You might find that what you think they want you to do and what they really want are two very different things.

You also might find that when you ask clarifying questions the person your working with will realize that they are asking for things you’ve not agreed to do.  This often leads to avoiding a misunderstanding.  If not, you get to move to the next level of saying no.

If you say no, make sure you have an alternative.

This is an important step.  If you have to say no make sure you have a reasonable alternative.  When you just say no you’re asking for the person you’re working with to become annoyed.

Think about this.  When someone says no to you how do you feel?  Even if they have a good point I bet you’re not happy when someone tells you no.  The same will be true with people you’re working with.

Make sure you don’t burn your bridges.

When you say no there is a chance that if you don’t say no well you’re going to burn bridges.  Burning bridges is where you have a chance of having someone bad mouth you to the world.

You probably know that when someone is happy with your service they might tell a few people.  You also know that when they’re not happy they’ll tell everyone they know.  You don’t want someone to tell the world how terrible you are.  Make sure you learn how to say no with grace and good will.  You’ll be glad you did. 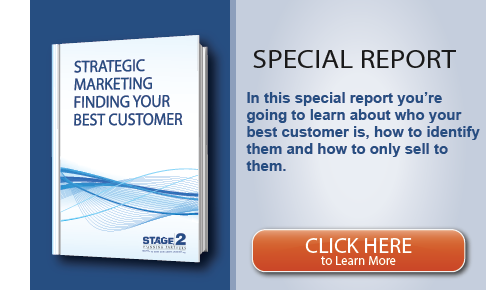