The Horrible Side Effect of Retirement

This side effect is especially dangerous for business owners. If you own a business it’s something you’ll experience and if you’re not ready for it, you might wish you never left your business.

What is this side effect you say? Read on and you’ll find out.

The first twenty years of my business career was spent in the vending and food service business. I went from being a no-body in the industry to being one of the five or ten most visible people.

You see, the phone stopped ringing and because I was off the radar screen of people in the industry there was no reason for them to call me. I went to trade association meetings for a while but people weren’t as interested in talking with me. I found out I wasn’t relevant because I no longer had a vending company I was involved with.

I was lucky. I had made arrangements to immediately join another industry. I had something to keep me busy. Unfortunately, many other people I know who have sold businesses just sit at home waiting for the phone to ring…..and it never does, at least for them or for that matter me.

It was pretty hard going from being in constant demand to having no one want to hang out with me. And, it’s something that will probably happen to you when it’s time for you to leave your business or your career.

What have you done to prepare when the phone stops ringing?

If you don’t think your phone will stop ringing, think again. You might initiate calls to your friends in your industry and my guess is they’ll take your call, but be much less interested in what you have to say.

It’s not that you’ve changed, it’s that you’re no longer doing the same things as your old friends are……you’ve moved on. You might have retired or you might have sold your business. In both cases you’re just not as relevant as you were yesterday when you were still involved in your industry.

Why this won’t be different for you.

Do you spend time reaching out to them? I bet you might have called once or twice. I also bet that because they weren’t at industry meetings you eventually stopped calling and reaching out. It’s not that you don’t like these people anymore, it’s just that they’ve moved to a different place than you. And, there are just so many hours in the day.

Why would you think it’ll be any different for you when you leave your business?

What you can do to keep this terrible thing from happening.

When it’s time for you to move on make sure you have something else to move towards. Even if you do, you’ll probably find that having left your business will leave you lonely and wondering how you’ll fill your days.

If you don’t have something to move towards you will likely feel out of sorts and wondered what happened. On the other hand, if you do have something that you really care about, it might only a few months before you’re fully engaged and start to find a new group of people to hang out with.

I hope you find this a more attractive alternative that just waiting to see what happens and then spend years trying to fix the problem. After all, you’re going through a transition and as mentioned many times, transitions are tough.

Oh, you want to know what the terrible thing is.

That’s right, I said I would tell you what this side effect is called. I know you’ve heard the term and here it is…….it’s Sellers Remorse or Retiree’s Remorse. Seller’s remorse is something that happens to almost all business owners I know who have sold their business. It’s especially tough for owners who have been totally involved in their business and haven’t planned for life after they leave their business or career.

How does that sound? Why don’t you click here and let me know what you think about making plans before you sell? 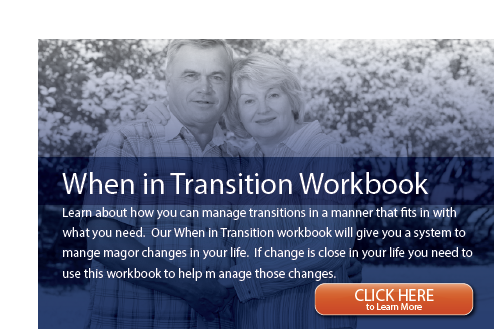