In the book Thinking Slow and Thinking Fast Daniel Kahneman talks about two parts of our brain.  One makes very fast decisions and works on an emotional level.  The other works much more slowly and is the part that takes facts and figures into account when it comes to decisions making.

I hope you’d like to learn a few tools that you can use to help yourself make more rational decisions.  These tools might help keep you from taking actions you’ll later come to regret.

Let me tell you a short story.  When I was in the vending business I would often go to management seminars.  While in the seminar when I heard what I thought was a good idea I would wait for a break, get on a pay phone (yes, we had pay phones back then), call my company and order changes be put in place.

The people that worked with me dreaded getting those calls.  They would more often than not just ignore what I asked.  They knew that in a week or two I would either forget what I said or be on to my next “great” idea.

The two-week rule has helped me stop making everyone’s life miserable.  It’s allowed me to engage both my emotional and rational brains.  After the excitement of a new idea I get to really think it though.  I have to say that most of the time I drop the idea and I save those around me lots of pain.

Think about how many times you’ve told yourself that your idea or action has just felt right.  Then, ask yourself how many times those gut decisions actually worked out well.

I know you think what happened yesterday will happen tomorrow.

If you think what happened yesterday is likely to continue tomorrow you’re probably wrong.  This is especially true in investing.  Just because stocks went up x% over the last year doesn’t mean it’s going to happen again this year.  The same is true when stocks go down.

We have two biases at work inside us.  The first is that good things are better than they realty are.  The second is bad things are worse and we’ll never come out of it.  Both tend to be wrong.  History is a good teacher.  If you say to yourself, “it’s different this time” be very careful.  It usually isn’t different, it just looks like it is.

Just because you spent a lot of time on it doesn’t make it right.

I like to make small experiments.  That way I can be wrong and I don’t feel bad when I throw in the towel or make a major change.  I hope you do too.

The problem with spending lots of time on a project is too often the project needs major modifications or it needs to be dropped.  Again, this happens in the investing world.  You’ve made a bad investment and you’ve lost some money.  Instead of admitting your loss and moving on you wait and hope your investment comes back.  That decision almost never works out well.

What do you think?  Are you willing to engage the slow part of your brain?  I hope the answer is yes.

I would love to hear what you think.  Click here and send me an email with your thoughts. 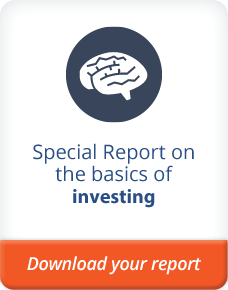