Wrong Person Wrong Seat – Don’t Let It Happen To You

I had a client who had an interesting dilemma. He had a general manager in his company who was doing a truly terrible job. At the same time this owner had allowed this manager to stick around for 7 years while he continually cleaned up the manager’s messes.

On top of the manager doing a lousy job both the owner and the general manager hated each other. I know, hate is a really strong word, but in this case it’s the right one.

I hope this isn’t the case in your business or life. At the same time this story might provide a warning for you.

The owner didn’t want to admit his mistake.

This is a problem too many owners have and I believe it’s the main reason your business might not be growing.

In this particular owner’s case he had put lots of time and energy into making this relationship work and felt that he couldn’t or wouldn’t back off. No one in the company was willing to admit the emperor had no clothes. No one, at least until I came along was willing to tell the owner the truth about the relationship he had with his manager.

Let’s face it, you can’t be effective if you don’t like the person you’re working with. It’s why we put so much effort into hiring the right person and having a system for hiring in the first place.

You might want to get our EBook on how to hire the right person for your company.

He kept thinking things would get better.

If you happen to be a person who’s looking at the bright side of things you could think things will get better. This was certainly true with the owner of this company. He kept thinking things would get better.

The fact was his personality and his general manager’s personality weren’t going to change. The owner needed to admit his mistake and move on. Had he done this early in the relationship it would have been much easier than after 7 years had passed.

I want you to admit your mistakes quickly, take responsibility and move on.

One of my favorite sayings is fail fast, fail cheap. I know you don’t want to fail. The fact is you fail much more than you get it right. Just think about how many times a day you change what you’re doing or make an adjustment to a system or how your business runs.

These are all mistakes. The vast majority of your mistakes are little things that you can easily fix. Then, there are the giant ones that just stay around forever. When you finally take action you find that your employees come up and ask you, “Why it took so long.”

Do you have a good answer for that?

Be clear about your expectations

Part of the problem the owner had was he wasn’t clear about the outcomes he expected from his manager. And when the outcomes didn’t appear, he never really did anything about them.

I bet you’ve had times in your life where you’ve hoped for a particular outcome and it didn’t appear. Instead of taking actions to fix the problem you might have let it fester and then months or even years later you finally had to deal with it.

Be clear about your values and stick to them

Lots of time problems in you company will appear because you have not spent time figuring out what their values are and how they should manifest themselves in your business. This is the same in your personal life.

If you don’t live a values led life and have a company that represents your values you’re going to find people who are in your life or company that just cause you to have a tight stomach every time you’re around them.

If you find this is true with you, it’s time for you to take action. Make sure you are clear about how you should work with. Once you do that your life is easier and your business more efficient. To me that sounds like a pretty good deal. How about you?

Why don’t you click here and let me know what you think about this case? Has this situation ever happened with you? I can promise you that it’s happened with me. 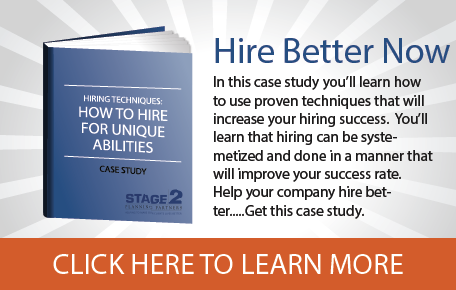